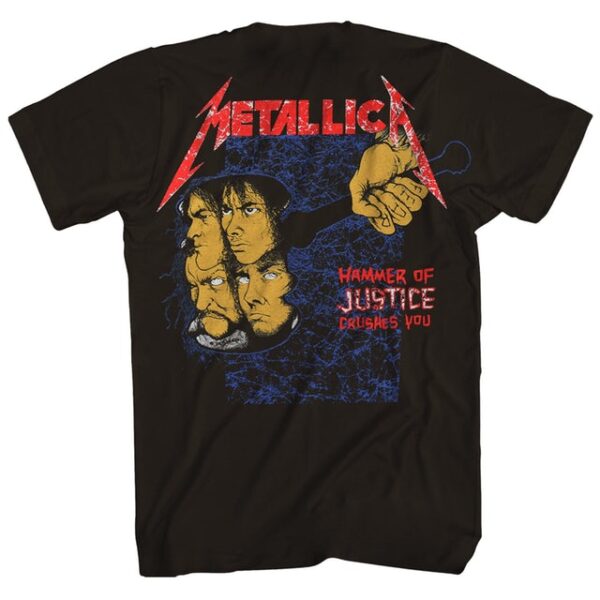 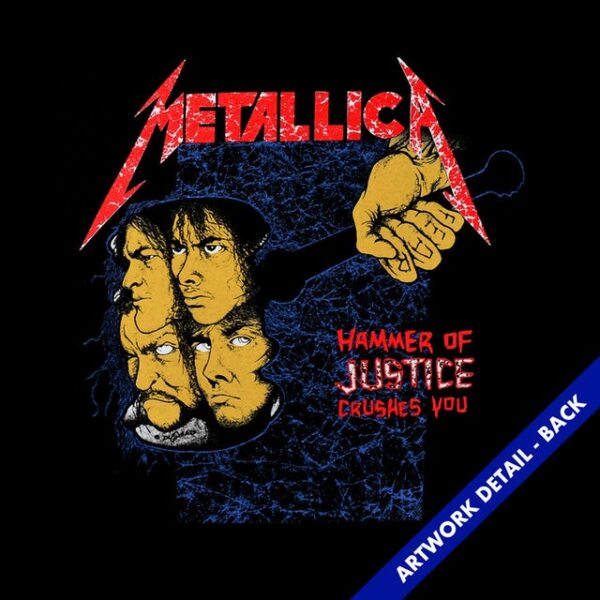 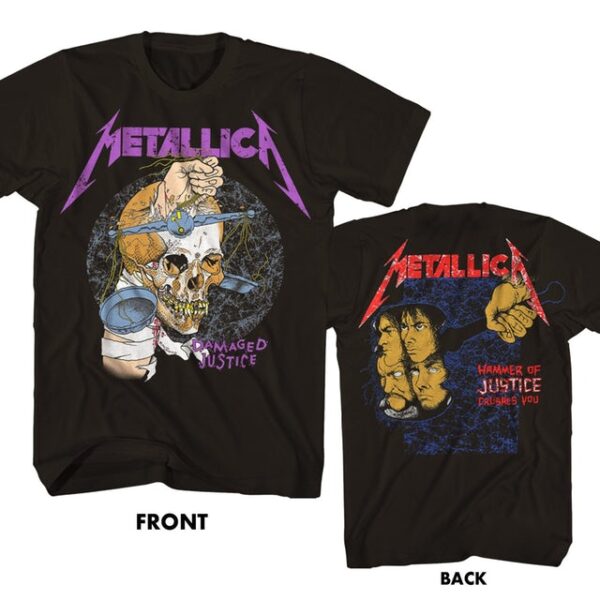 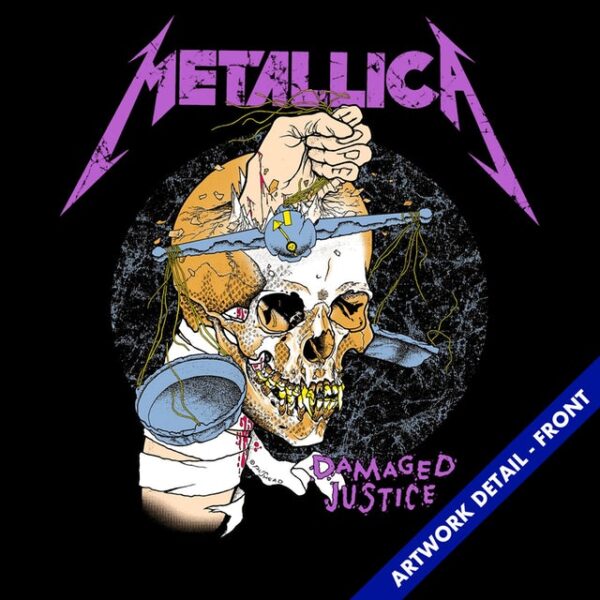 Metallica’s fourth studio album …And Justice For All was the band’s first release following the passing of Cliff Burton, introducing Jason Newsted as their new bass player. Brian “Pushead” Schroeder — know for his designs featuring skulls — would be tasked with creating the amazing artwork associated with the album. The art for lead single “Harvester Of Sorrow” came out perfect. A fist holding the scales of justice smashing through one of his trademark skulls is about as metal as it gets.

Metallica would go on to use that design as the primary artwork for the Damaged Justice Tour. They also used another iconic Pushead design throughout the tour, playing off of …And Justice For All’s title track lyrics “hammer of justice crushes you.” The four members of Metallica forming the head of a gavel slamming down is brilliant imagery. The Damage Inc. Tour ran for a total of 219 shows, and would also be the first time Metallica used live recordings of their concerts as B-Sides and EP’s.

*Please note, sizes may vary from measurements up to 1/2’’