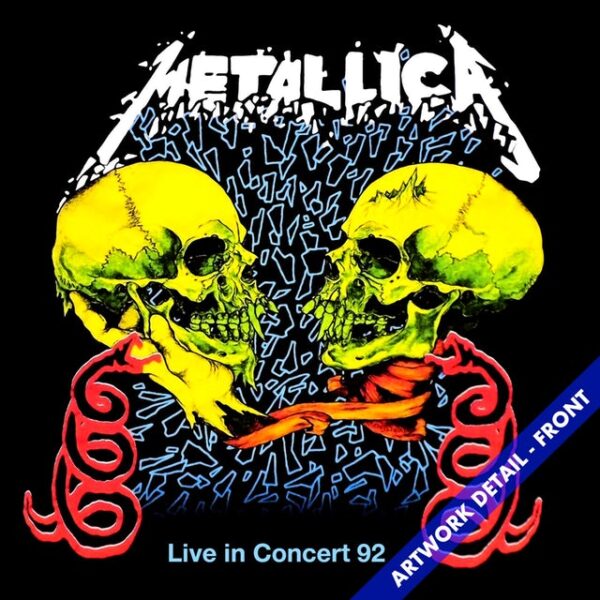 Metallica had taken over the music world when they were on tour in 1992, fresh off of releasing their incredible self-titled album, or Black Album as it’s most-commonly known. The band had already dropped four instant classic albums but raised the bar even further with their self-titled release, propelling them to global superstardom. The Black Album has sold over 16 million copies since its release in 1991, their most successful album to date.

Metallica toured across North America and Europe for an entire year beginning in October 1991, playing 199 shows over that span. They called on their favorite artist, the amazing Brian “Pushead” Schroeder, to design the art used for their tour merch as they took one of the greatest albums ever created to a city near you. Pushead paired the snake logo featured on the Black Album cover, added in his trademark fanged skulls, then tossed in shattering glass in the background to make sure it reflected the high-intensity impact Metallica personified every time they took the stage.

Design Details
Front
*Please note, sizes may vary from measurements up to 1’’